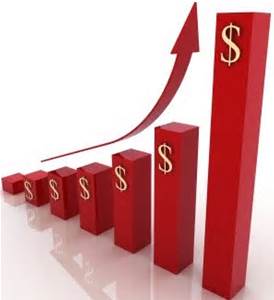 Doctors like me are used to delivering bad news. Unfortunately, that’s what I have. Health care is still getting more expensive by the day. Since last year, the average Louisianan now pays 53 percent more in premiums, simply to comply with Obamacare.
I’ve diagnosed the problem. Obamacare, by expanding health insurance rather than reforming health care, increases the price tag while worsening the doctor-patient relationship.

My own medical practice proves how health insurance hobbles health care. For nearly nine years, we have refused to accept third-party insurance, whether private or government-run.

The difference becomes obvious when a new patient calls us. We immediately tell them how much their treatment or procedure would cost. However, when they call other offices to compare prices, they immediately encounter health insurance’s limitations.

Few medical providers tell you prices up front. Why would they? When you hand over your insurance card, a doctor’s main concern becomes how much the insurance company will pay them, not you. This causes them to charge higher prices because the health insurance company may only pay them a portion of their asking price. You don’t find this out until you get the bill months later.

This system is so convoluted that no one knows exactly how much it adds to the cost of health care. But doctors regularly attest to the fact that it does.

Health care providers also have to deal with the paperwork that accompanies health insurance. Whether private or government-run, health insurance forces both medical providers and insurance companies to hire an army of administrative assistants and lawyers. Their salaries are also reflected in health care’s price tag.

So is the cost of the regulations applied by Washington and state governments. A decade ago, such regulations contributed to the $169 billion price tag associated with red tape surrounding health care. Obamacare has since added at least 11,000 pages of regulation and billions more in regulatory costs.

Our practice avoids many of these costs by avoiding health insurance altogether. We can practice medicine rather than fill out paperwork. That allows us to spend an hour or more with every new patient. At most practices, patients may only spend 5 or 10 minutes meeting with their physician. And we also charge significantly less than other offices, giving our patients both a better bill of health and a great sense of satisfaction.

That’s ultimately why doctors enter the field of medicine. But we can’t truly serve our patients when we’re beholden to the government mandates and rules that accompany health insurance. Obamacare doubles down on this system — and the latest increases in cost of health care shows that patients are paying the price.